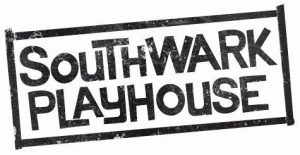 AECOND by Joel Oliveira (Platanos College) – The Future. Deacon has been locked up for months, receiving experimental treatment in an attempt to cure his bi-polar disorder.

PART ONE: 2035. Kyla has come to administer another injection but Aecond, the demon voice inside Deacon’s head, convinces him that Kyla is the enemy…

PART TWO: Three years earlier. Kyla, and her colleague Astor, have invented a device that can destroy the unhealthy part of a “mentally ill” person’s mind. Deacon is chosen to be their first subject…

PART THREE: 2035. The treatment is not working and Kyla wants to set Deacon free, but Aecond – the unhealthy part of Deacon’s mind – has other ideas…

THIN ICE by Emelia Bature (Sacred Heart Catholic School)– Martin, literally, bumps into his ex-girlfriend Tiffany at an ice rink – and she has some news that may just break his heart.